Zoey was found to be living in a drain on Klipriver Drive, right by the BP petrol station. Kamo and I were sent out to try and catch her. She was so scared, hiding inside the drain. When Kamo tried to reach for her, she nearly bit his hand. She was so fearful and would simply bite out of fear. She came across as a feral puppy that had never had humans try to make physical contact with her. So we made the decision – to go back and collect a catch-pole – which would make pulling her out of the drain much easier.

When we got back, Zoey was nowhere to be found. We searched for her inside the drain and walked across the road to see if we could find her there, but unfortunately, she was gone. A lady walking by approached us and said that she would see Zoey on a daily basis and feed her when she had some bread. She felt sorry for the little puppy living on such a busy road.

It was a few days later when Annah approached me and asked if she may go with Mkhezi to show him where she saw a puppy on the side of the road. When they arrived back I was shocked, pleased and so grateful to see that it was little Zoey.

Zoey was terrified and it took a little while for her to trust us. Jacobeth and I would take turns going in to check on her and offer her treats. At first, she wouldn’t eat the treats while we were there, but when we returned the treats were gone. Jacobeth put toys inside Zoey’s cage and I’m sure it was the first time that Zoey had ever been given toys. Of course, she didn’t know what to do with them, but they offered her some sort of comfort.

From there Zoey has made so much improvement with trusting humans. We moved her to kennels and she is really adjusting well. She has such a lovely little personality. A bit timid at first, but once she trusts you her real personality starts to shine through. Zoey has no idea what a leash is and the first time I put a leash on her she would lie down on her back with her legs in the air as if, she were being strangled or something, but slowly we are getting her desensitised to it. It helps to encourage her with lots of tasty treats and positive praise. She really does enjoy being made a fuss of, and why shouldn’t she? Zoey amazed me by taking her first few steps on the lead. She is such a bright little character and learns extremely quickly.

We have started Zoe socialising with the other pups. At first, she wasn’t too sure but she soon settled down. Socialisation is so important for all puppies at a young age because it develops their social skill for later on in life. Zoe seems to be taking everything in her stride and we all love her to bits.

Zoe will be available for adoption. She is in Kennel number P11. 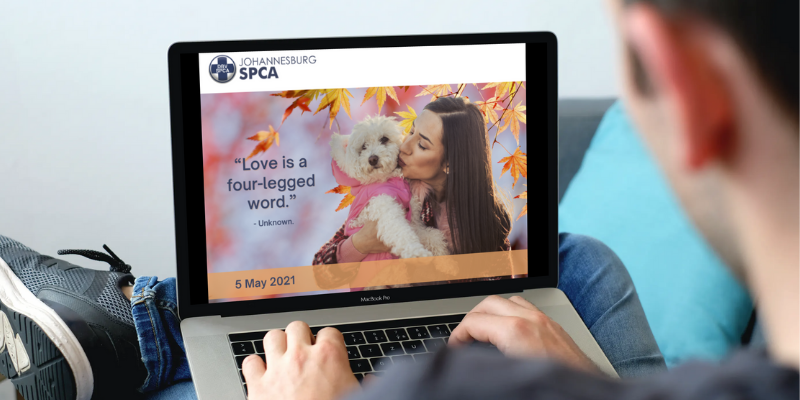